TIME Family of Wines: A Rebrand that Reflects Legacy and Progression

When your brand was launched by a real-life legend, you shouldn’t take a rebrand lightly. TIME Family of Wines certainly did not. And neither did we, when we were tasked with creating their new 12-bottle carton and seasonal 4-bottle gift box.

Who is the legend behind TIME? None other than Harry McWatters, famed Okanagan wine leader and founder of Sumac Ridge Estate Winery. Harry created the now-iconic winery in 1980 and spent decades developing the British Columbian wine industry on several fronts. He was the first director of the British Columbian Wine Institute. He led the formation of the Okanagan Wine Festival. He was instrumental in helping develop national wine standards in Canada through his trade association, VQA Canada.

In 2013, Harry founded TIME Family of Wines. In 2017, he created his 50th vintage and TIME Winery and Restaurant opened in the historic Penmar Theatre in downtown Penticton, BC. From this home base, TIME represents three iconic BC wine brands: the McWatters Collection, Evolve Cellars, and Chronos. TIME also has a presence at the District Wine Village in Oliver, BC.

After Harry’s passing in 2019, Ron and Shelley Mayert purchased the winery, which is a family-run affair to this day. In fact, Harry’s daughter Christa-Lee still works as TIME’s General Manager. 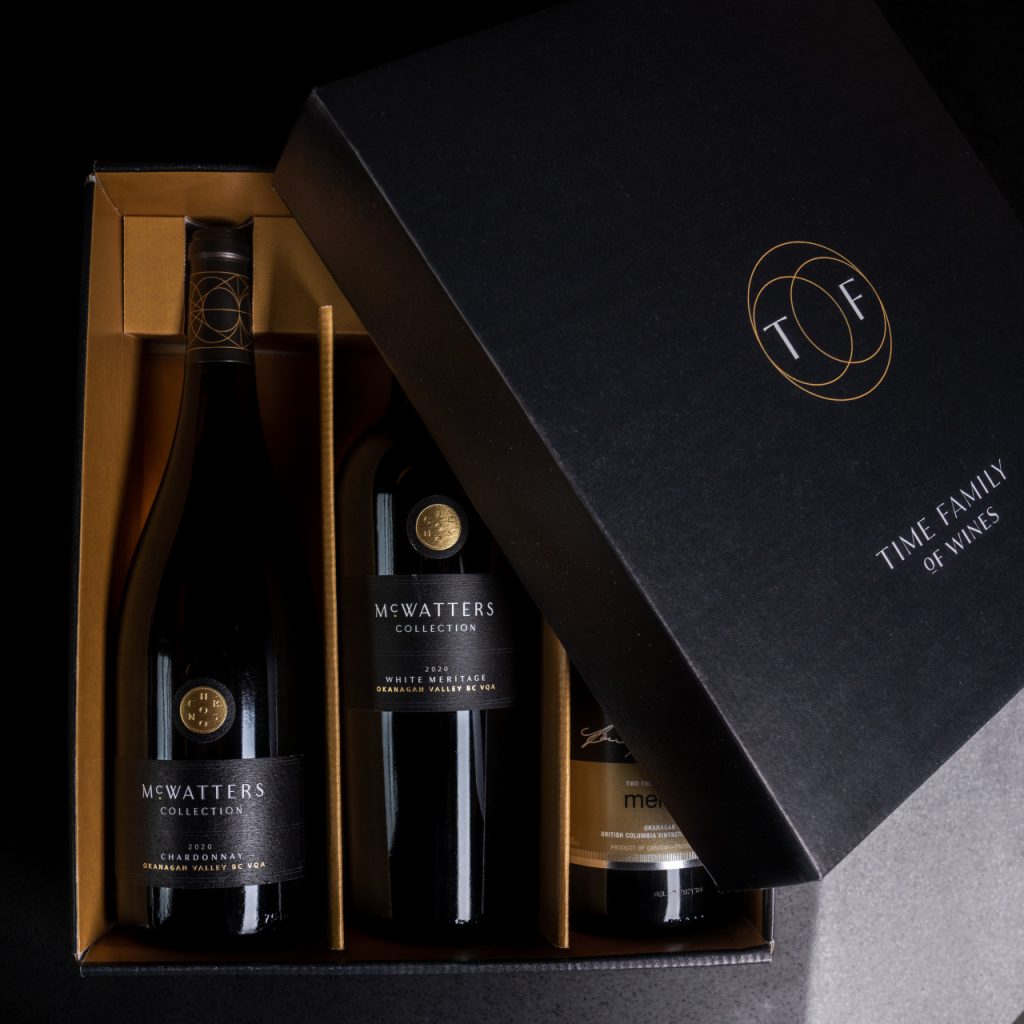 Great Little Box Company/Ideon Packaging (GLBC) started its relationship with TIME in 2021 when they decided to rebrand. With such an illustrious history behind its name, they wanted to honour the past while setting a course for a bright future. As Harry’s investment into the Okanagan continues to grow at a stunning clip, the TIME brand deserves its place at the front of the pack.

TIME Family of Wines was rebranding and needed a 12-bottle wine case for their Chronos and McWatters lines and a 4-bottle gift box for the holiday season. The 12-bottle wine case needed to represent a fresh visual update for the brand. The gift box needed to be something special to thrill their wine club members. Overall, the new packaging needed to align with where TIME was going: continued industry leadership in a market that has been exploding with vital, new talent.

For visually striking packaging, digitally printed corrugate is a wonderful option. Plus, a digital print affords maximum flexibility and much faster turnaround times. That never hurts in a quick-moving industry!

The new packaging is a dark, solid print with gold inserts and details that exude a subtle sheen. It is tremendously elegant, reflecting the gravitas of a McWatters-founded brand. 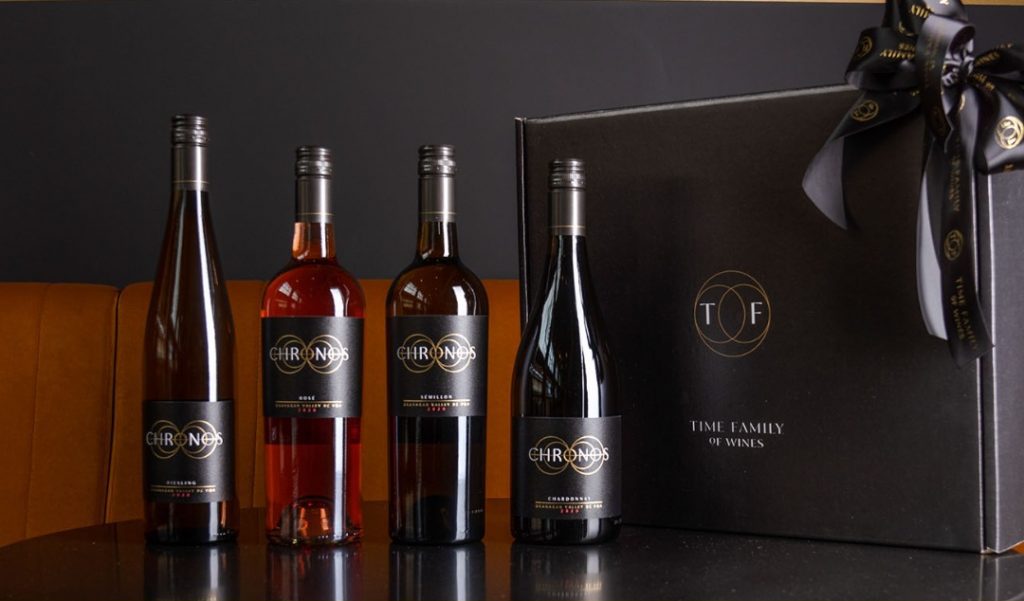 GLBC’s work with TIME Family of Wines helped the company to:

TIME Family of Wines is a rare brand. They represent the Okanagan’s rich history, and they also point to its future as a global leader in a rapidly expanding industry. With such a weighty pedigree, their rebrand needed to be exceptional. We are proud to have been part of it, and we’re looking forward to what’s ahead.