“I had a $50 gift card to Cabela’s or something like that. And I had a free Shopify trial,” says Scott Sibley, founder of the subscription business Simple Fishing. “I bought some lures and sold them online, and that was it.”

A business was born. And in the world of e-commerce, this particular business is relatively unique. Subscribers to Simple Fishing get a curated box of fishing lures mailed to them bi-monthly. It’s an opportunity for fishing enthusiasts to get affordable and hard-to-find tackle delivered right to their doors. They can even opt for species-specific boxes, like the Elite Walleye Box.

Scott’s $50 experiment initially began as a place for people to buy lures online. But soon he and his wife had a pivotal conversation. “We talked about how awesome it would be to just get your lures in the mail. After that, I wanted to try a subscription business.”

Scott had only begun fishing relatively recently, at the age of 30. (He’s currently 39.) He thought about how overwhelming the task of finding great lures could be, especially as a novice. A subscription box could solve that problem. So after 6 months, the business transitioned to the subscription model, sending out “Random Lures of the Month” boxes. 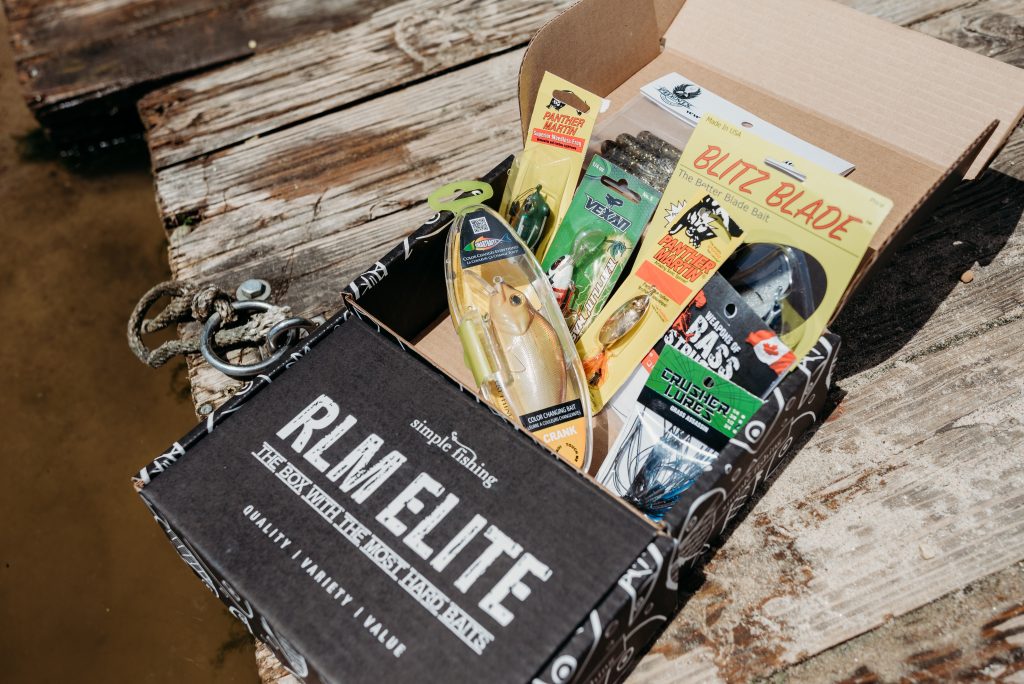 For Scott, developing this company was a tall order, because he “had zero business background”, as he puts it. But he says he was lucky to find the right people to work with, Shopify and Great Little Box Company included.

Soon, the orders were coming in and Simple Fishing was getting glowing reviews like this one: “Phenomenal hard bait quantity and great plastics…best box subscription on the market!!!” This became one of the most gratifying aspects of the business for Scott.

In fact, he says the occasional negative review ends up being equally gratifying. That’s because it gives Scott an opportunity to fix the issue and create another happy customer, which he invariably does.

“Going out on the water and calling it work is good,” he says. “And helping customers is really good. Those are the two parts of the business that satisfy me.”

Getting a box of lures in the mail is a thrill for Simple Fishing subscribers. But one wonders, how does the business manage to deliver on the promise of affordability?

“Our boxes are less expensive than if you were to go and buy these lures individually in a store,” says Scott. “We’re able to do this because brands will sell us discounted products that they know are going directly to their target market. And we’re able to keep shipping costs low.”

That, of course, is where Great Little Box Company comes in. Scott had initially worked with a larger packaging company but wasn’t pleased with the results.

“I was told by people that the branding I wanted would result in smudgy boxes because of all the ink,” he explains. “And sure enough, these boxes I got from the first company didn’t look great. And when you folded the boxes, the seams would show and look white.”

He approached GLBC with a certain level of skepticism, asking for a sample before he would place an order. “I was nervous about the box quality, but I couldn’t have been happier with what GLBC delivered. It looked great. It was also a box that allowed me to stay under 500 grams, lowering my shipping costs. And it came in at under budget, which showed me what an honest company you are.”

With the right product, the right packaging solution, and an indomitable approach to customer service, Simple Fishing is now a subscription model success. That’s great news for the smaller companies that Scott loves to highlight.

“Our number one goal is to introduce anglers to great Mom and Pop brands they would have never found in the big box stores,” he says.

We’re thrilled to be part of that mission—seeing as we obviously agree that “great” and “little” often go together.