What’s it like to be at the helm of a breakaway e-commerce success story like Rampage Coffee Co.? According to Dustin Blanchard, who founded the company with his wife Lauren in 2018, “We’re growing in so many different directions and it’s chaos!”

But if it’s chaos, it’s at least a fun kind of chaos. Especially now that he and Lauren have employees and are no longer working “7 days a week, 12 hours a day.”

Ironically, the inspiration for Rampage was the pure exhaustion that parenthood brings on. “Anybody who has kids understands this,” says Dustin. “You basically survive on coffee.”

For the last few years, Dustin and Lauren had gotten into the habit of visiting a coffee shop down their street in Martensville. The pair of entrepreneurs would sit on their laptops and drink plenty of coffee to fuel their workday. 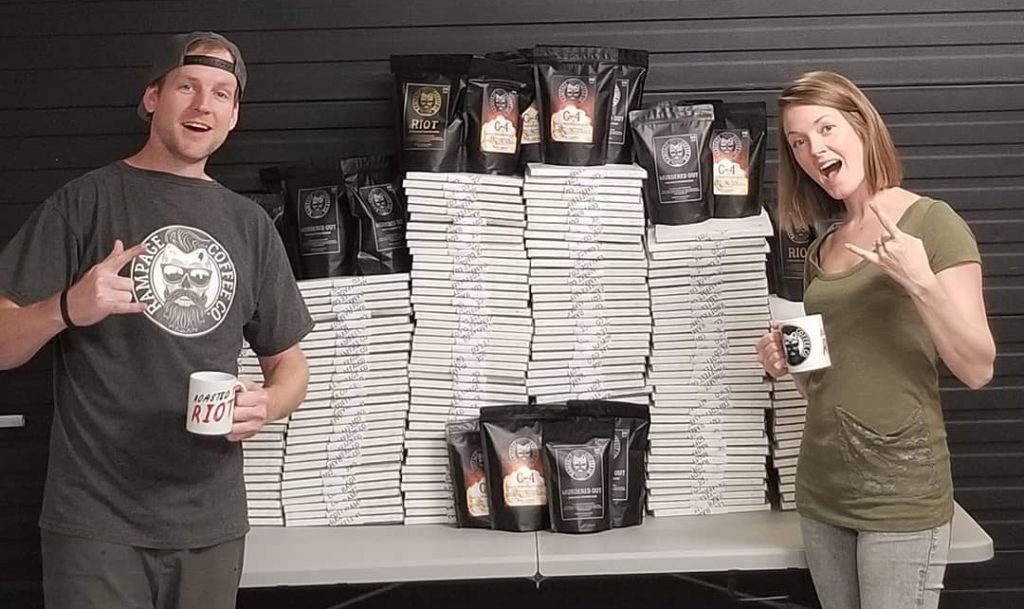 “We started thinking, wouldn’t it be cool to come up with our own blends?’’ says Dustin. “We also wanted to be at home together working, because at the time I use to travel a lot. We decided to talk to our local roasters and see if we could create something.”

The big idea? A higher caffeine blend that still tasted delicious and smooth and a healthier alternative to sugar-packed energy drinks. In essence: a beverage designed for parents of young children.

Once they landed on a blend that tasted truly delicious but perked them up significantly, they were off. They did a soft launch in January 2019 by handing out 100 bags of coffee for free, simply asking the recipients to like and share on social media. They started advertising seriously in March, choosing channels like Instagram, Facebook, YouTube, Pinterest, and podcasts. They also cultivated a group of social media influencers who would create “fueled by Rampage” posts.

With business taking off so quickly, those 12-hour days became all too real for Dustin and Lauren. But, in addition to hiring staff, they found another way to reduce their workload and, ultimately, their costs.

“In so many ways, we wouldn’t be able to do this without Great Little Box Company (GLBC),” says Dustin. “We used to spend countless hours labelling boxes. But getting all of that custom printed and buying it in bulk has helped us save money—lots of money.” 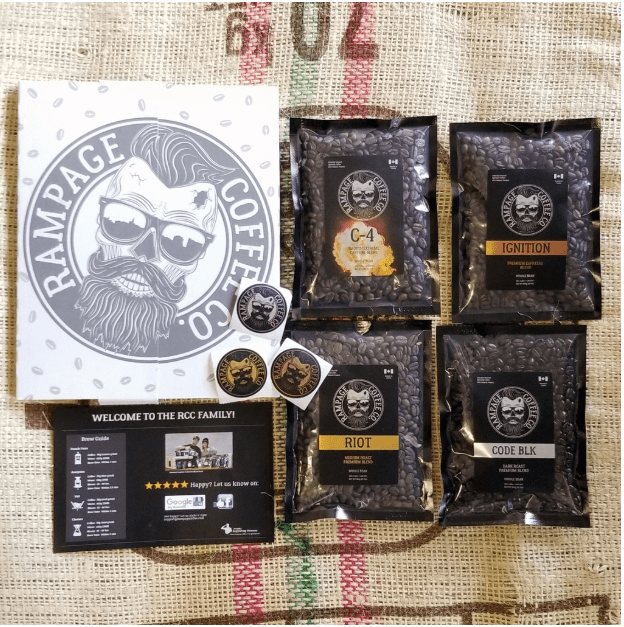 Rampage also appreciated another aspect of the relationship with their new packaging partner; feeling like a priority. “Even though GLBC was busy themselves, they pushed our order forward because we were in a panic. Without that, we would have tanked hard.”

How hard? Well, when we mentioned “runaway success”, we weren’t being hyperbolic. Over the course of their first two years in business, Rampage grew 25%. They initially worried about business tapering off, but so far, it’s holding steady.

Unsurprisingly, new challenges reared their heads with the COVID-19 pandemic. Rampage had been planning to utilize part of the new space they moved into recently for retail, but that’s obviously on hold. Then there were the inevitable supply chain problems.

“When everything first crashed, we had 15 packages just disappear,” says Dustin. “Shipping is killing us. The stuff we order weekly tends to put us behind schedule quite a bit. Once, Purolator was 70 trucks behind.”

Rampage has been addressing the challenge the best way they know how: by investing heavily into customer service. Dustin says that they spend every day, talking with customers, even on their phones. “We engage so much. We’re trying to create a community of coffee fanatics.”

We think it’s safe to say they’re succeeding—and we’re so grateful to be part of it.