Murchie’s: How the Company has Lasted for 125 Years

Great Little Box Company•About Us•Blog•Blog•Murchie’s: How the Company has Lasted for 125 Years

At 125 years old, the premium tea and coffee company Murchie’s Tea & Coffee is one of Canada’s oldest brands. The fact that its founder, John Murchie, once delivered tea to Queen Victoria at Balmoral Castle is impressive enough. But Murchie’s status as a century-and-a-quarter-aged company is truly incredible in light of today’s disruptive business environment. 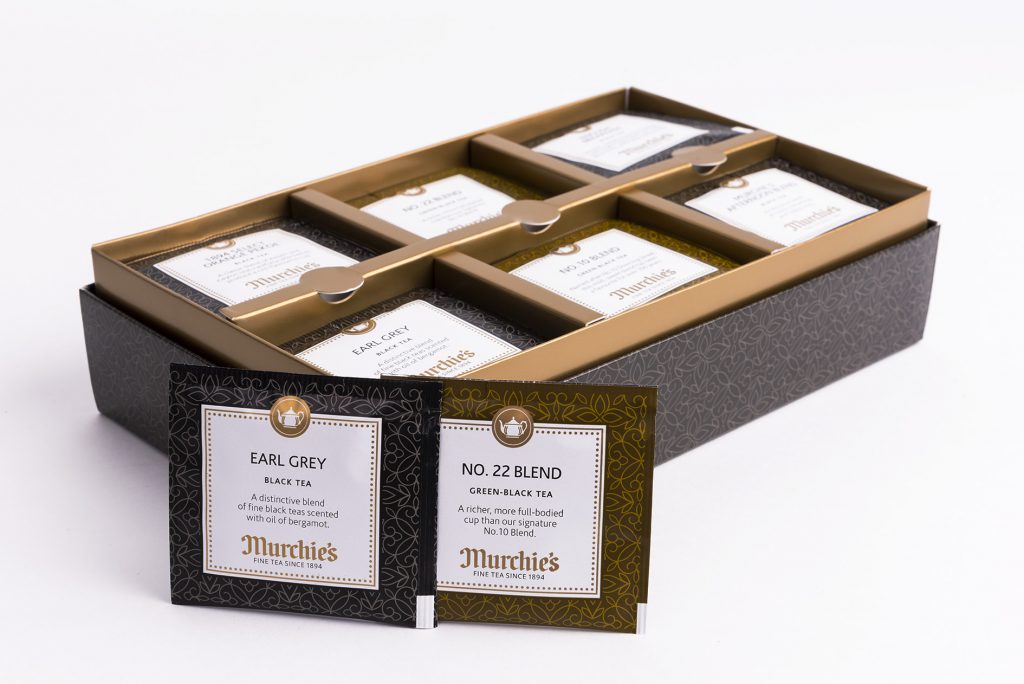 When Vice President Kelly Robinson and Managing Director Grant Kuebler consider what has made Murchie’s Tea & Coffee an exception, they don’t have to think too hard. They say it’s a balance of celebrating their heritage and evolving their brand.

To begin with, Murchie’s heritage is extraordinary. Following his apprenticeship as a tea purveyor in Britain, John Murchie set out for New Westminster. In the “Royal City”, Murchie and his son delivered teas door to door before opening various teashops.

Although the company is based in Vancouver, many proudly associate Murchie’s Tea & Coffee with Victoria, where their Government Street location is an institution. Online and at Murchie’s 9 different retail locations, tea lovers can purchase blends that have pleased palettes for over a hundred years.

“We don’t know exactly when our Queen Victoria tea was first blended, but it was likely around 1890,” says Kelly.

“Another one of our early tea blends is No.10 Blend, originally created in 1909,” adds Kelly. “Our historical blends are our foundation not just because of their heritage, but because of how excellent they are.”

Of course, history is only one part of Murchie’s longevity equation. Evolution is the other. And it’s a hard balance to strike. But as their partner in creating on-brand and innovative packaging, we can say it’s one they pull off well.

In particular, this last year the company engaged in a wholesale makeover of its packaging. Kelly oversaw the design revamping, an effort that Grant confirms was as challenging as it was time-consuming.

“We always say we want ‘evolution, not revolution’,” he explains. “How do you honour so much rich history while still remaining relevant?”

As Murchie’s packaging partner, we assisted with special projects like the design of a label for their special anniversary blend tea. And according to Grant, we may have been most helpful when it came to our flexibility.

“We consider ourselves easy to do business with. But I admit we ask for and reject more ideas than our suppliers would probably like. But Great Little Box Company (GLBC) is incredibly patient. Ultimately, they helped us come up with something special that realized Kelly’s vision. And sales for our Anniversary Blend exceeded what we thought they might be.”

Having reached their extraordinary 125-year milestone, Murchie’s Tea & Coffee continues to look forward. The last few years have been devoted to growing their online business. With that venture thriving, they are “back on the expansion track” as Grant puts it. To that end, they are opening a new retail location at the Willowbrook Mall in Langley, BC.

GLBC looks forward to being part of it all. As Kelly puts it, “We like doing business with people we like.” Here’s to another 125 years!