Iggy’s: Alive, Cultured, and Celebrating Fermentation through Kombucha and Kvass

At 300+ food markets, co-ops, cafes, restaurants, bars, and boutiques across Washington, Oregon, and Idaho, fermentation fans get their fix of Iggy’s. This Bainbridge Island, Washington-based company crafts delectable kombucha and kvass beverages with a culture as effervescent as their products.

Founded by Heather Wolf, Sean Matteson, and head veggie fermenter Ilgvar Daga (a.k.a the original Iggy) in 2012, the company quickly became a cult favourite. In recent years, of course, consumers have been learning about the health benefits of the probiotics in fermented, non-alcoholic beverages. These benefits include everything from improved bowel health to better moods. And now that kombucha is a bona fide health trend, Iggy’s is known for brews that are a cut above the rest. 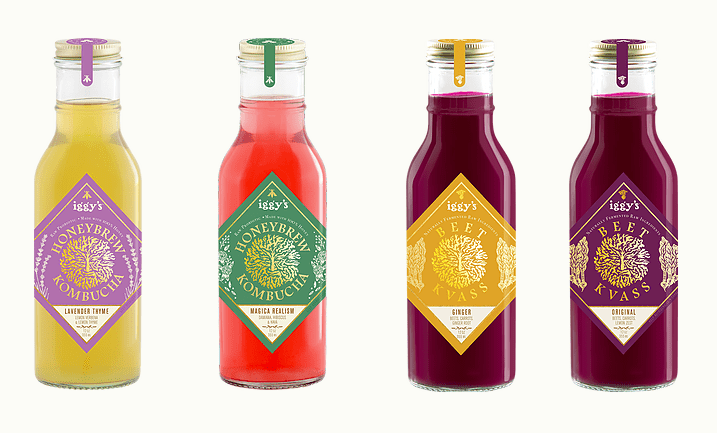 The difference lies in the process as well as the ingredients. Unlike most kombuchas, Iggy’s is brewed with a 100% honey-fed Jun culture, rather than sugar. This results in a beverage that is less sour and more smooth, akin to “fine mead or champagne” rather than vinegar. Using a biodynamic green tea as a base that is enlivened by locally sourced botanicals, Iggy’s produces famously singular flavours. And to top it all off, their brews are fermented for a full six weeks. This is incredible—and “virtually unheard of in the kombucha industry”, according to Iggy’s— considering that kombucha can be brewed in 7 to 30 days.

Less well known, but equally delicious and healthy, is kvass, the Eastern European beet-based beverage Iggy’s crafts with love. Kvass is traditionally crafted out of a yeast starter, dried rye bread scraps, and fruit for sugar. Iggy’s chooses to “put a brighter spin” on the drink, with “nourishing organic beets, carrots, and lactobacillus culture”, all sourced from local, organic farms. Since Iggy’s was way ahead of the curve with kombucha, we wouldn’t be surprised if health-conscious consumers are all sipping kvass in the coming years.

Iggy’s isn’t just about pleasing palates and boosting gut health—or rather, they see these benefits as feeding into a larger vision. In their words: “Our culture mirrors our fermentation practices, and through passion and perseverance, shared meals and camaraderie, our mandate is to be better human beings and realize our collaborative vision of creating extraordinary fermented products that harmonize cultures and communities.” 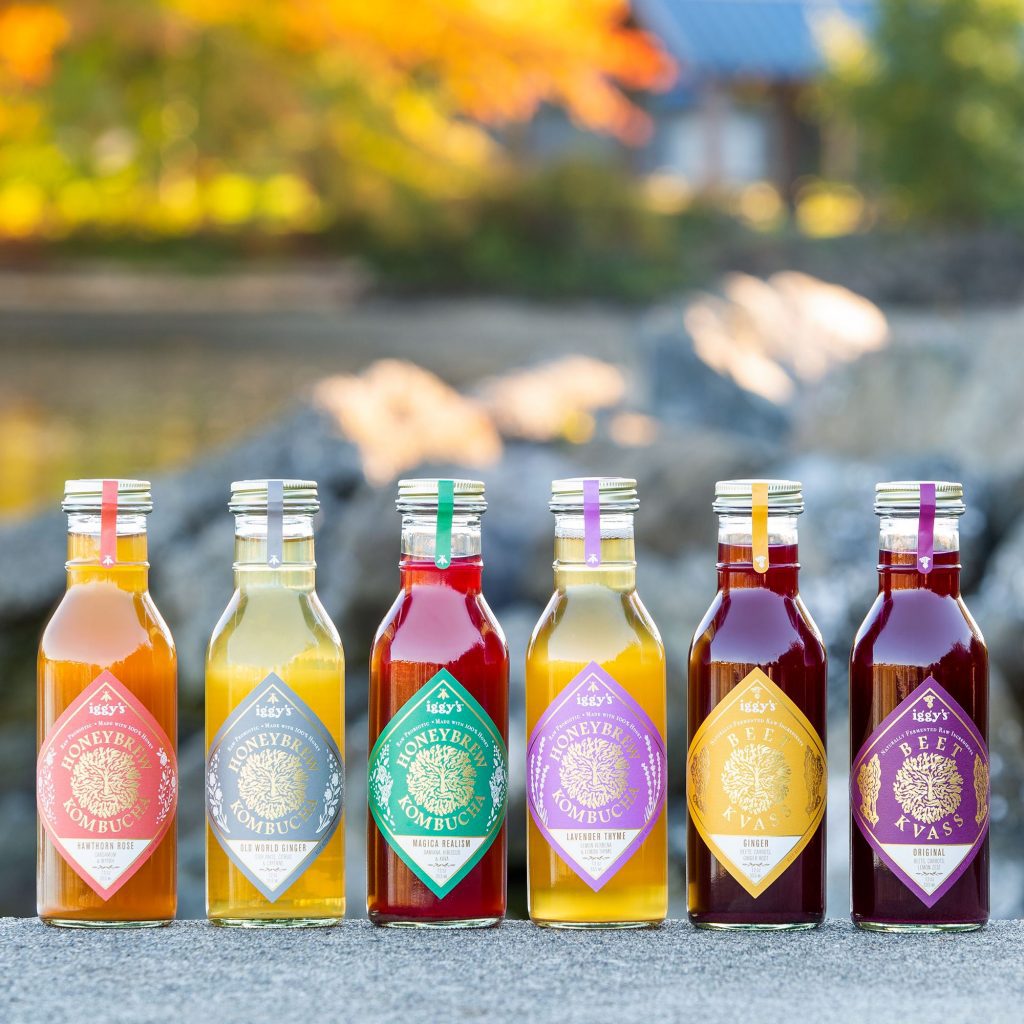 To realize a vision this extraordinary, it’s imperative that the people encountering Iggy’s products get an accurate feel for Iggy’s culture. Iggy’s brand is a celebration of “the rich history of fermentation and the critical role it has played around the world in cultures and food systems for centuries.”

That’s why the labels Great Little Box Company manufactures for Iggy’s have a sumptuous, Old World feel, with gold embossing and intricate illustrations. Kombucha is already bordering on being a luxury product, and Iggy’s is a top tier brand within that segment. Their branding has to reflect that.

We have so much respect for Iggy’s. Their brewhouse is a place where “fermentation is a practice of creativity, collaboration, art, and magic.” We love putting all of that into an enchanting package.