Happy BC Craft Beer Month – No Matter What!

It’s October and BC craft beer lovers know what that means. Normally, this is the time of year we’d be gearing up to celebrate BC’s finest—many of whom are our clients—at the BC Beer Awards and Festival. Of course, that can’t happen right now.

But guess what? It’s still BC Craft Beer Month. And we are still celebrating. Craft beer means a lot to us.

Yes, we get to do some of our most stimulating creative work for clients who need innovative packaging to really stand out in this sector. Container Brewing’s awesome “container”-like four-pack. Red Truck Brewing’s eye-catching BOPP labels.

But beyond the work we do, we love the spirit, the values, and the culture of craft beer in BC. How many industries generate a profound commitment to craft, locally-focused economic activity, and genuinely pleasurable products? The Craft beer industry is filled with fun, vibrant, and well-connected communities. 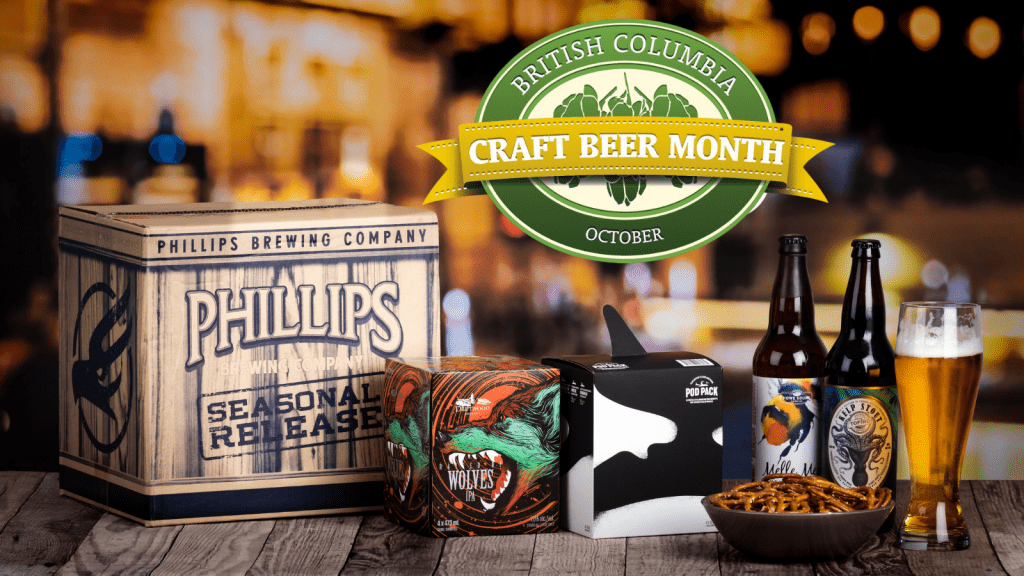 So…BC Craft Beer Month is still a vital celebration, festival or not. (Just so you know, there is still plenty of fun, safe events going on this month). And, besides, did you know that it’s the 11th anniversary of this month-long event?

It took—as it always does—real visionaries to put BC Craft Beer Month together. One of those visionaries was John Mitchell, the founder, in 1982, of Horseshoe Bay’s Troller Pub, BC’s first modern craft brewery. Describing the beer scene in the early eighties to Beerology, John once said: “There were no imported beers. We didn’t have them in BC. We only could get beer from Molson, Labatt and Carling in those days. It was an interesting era.” John recently passed away, so this ten-year milestone for BC Craft Beer Month is especially meaningful.

So, what was the inspiration behind the month-long event? Mitchell and other craft champions in BC, including members of CAMRA BC (Campaign for Real Ale), simply wanted to promote BC’s craft industry in a big way. They observed the wave of European, American, and Southern Hemisphere beer entering the market and didn’t want BC’s finest to get lost in the mix.

They put together a winning application for the BC government and received their framed proclamation on October 1st, 2011. Ever since October has been a time to revel in the craft.

We’re so proud of the enormous strides this industry has taken in a few decades. It’s a space where creativity meets community meets thrilling entrepreneurship. And it’s a lot of fun.

So…Happy BC Craft Beer Month, especially this year, when so many challenges have been thrown our way. We raise a glass to all of the remarkable people who represent this vital craft! We see you, we appreciate you, and we can’t wait to celebrate in person.