It is a beloved past-time for many Canadians. While the specifics may differ from person to person, the general narrative is the same. Hit the road with friends or family, arrive at the cabin, unload the cooler, and spend the weekend soaking up the cabin lifestyle. By the time you hop back in the car, you’ve made new friends and have memories to last a lifetime.

It was those cherished cabin lifestyle memories that inspired a local B.C entrepreneur and his wife to open a brewery in the small town of Squamish, BC. Eager to create a family-friendly atmosphere that welcomed people of all ages to sit and enjoy the company of both neighbours and strangers, Jeff Oldenborger and his wife Caylin founded A-Frame Brewing. 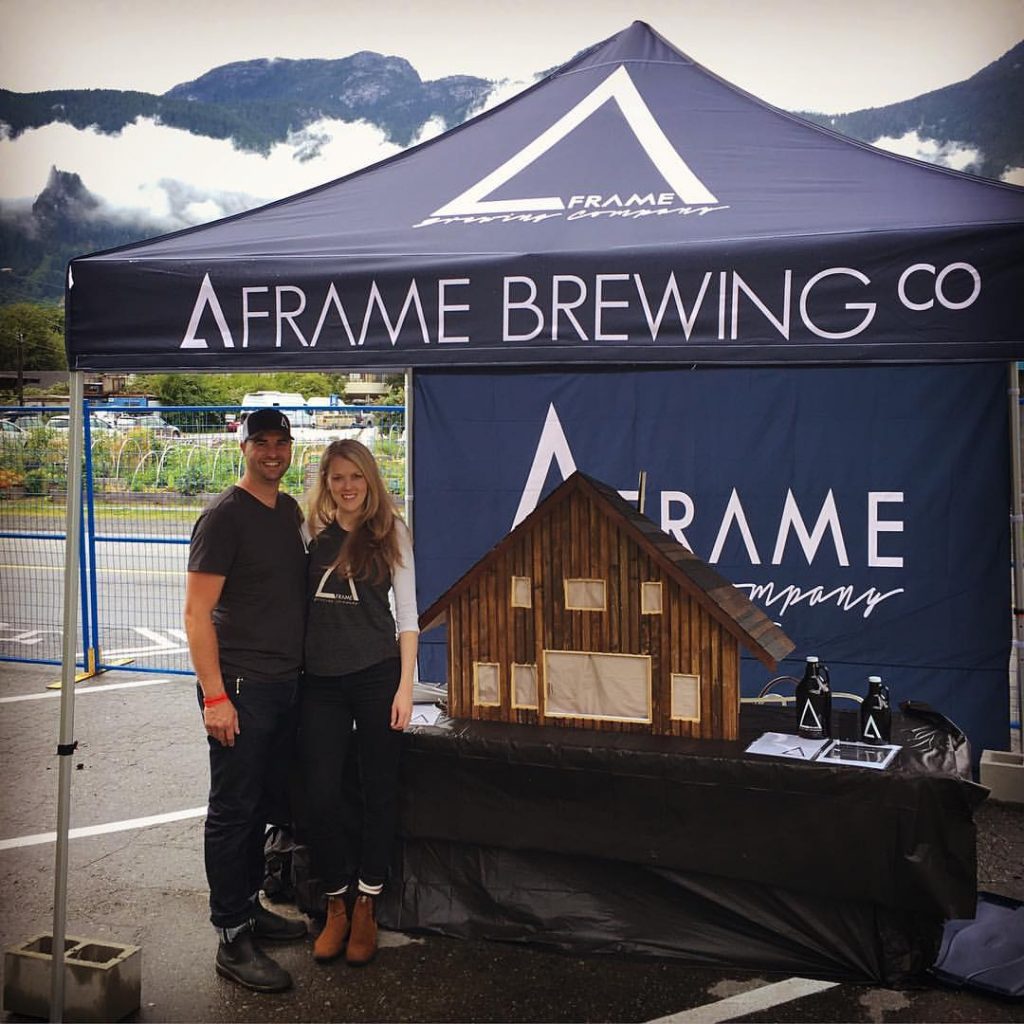 The journey began when Jeff and Caylin made the decision to follow their dreams and open a business together. While a love of beer made it an easy decision to open a brewery, the pair wanted their business to be in a location where they could better participate in the local community and where the couple could raise their three young daughters surrounded by an involved, passionate, and engaged community of locals. The search for the perfect location led to them to Squamish. Renovations on ideal space began in the fall of 2015 and the doors to A-Frame brewing officially opened on December 9th, 2016.

The town of Squamish quickly proved to be everything Jeff and Caylin hoped for their business and their family. With three young girls at home, it was important that the brewery be family-orientated. Children could sit and colour while parents enjoyed a quick pint. A-Frame also made a deliberate decision to not include a kitchen. Instead, meat pies and pretzels from two local bakeries are available for purchase, and juice for kids is supplied by a Squamish-owned juicer. They are decisions Jeff says speaks to their business model and to the importance of community. 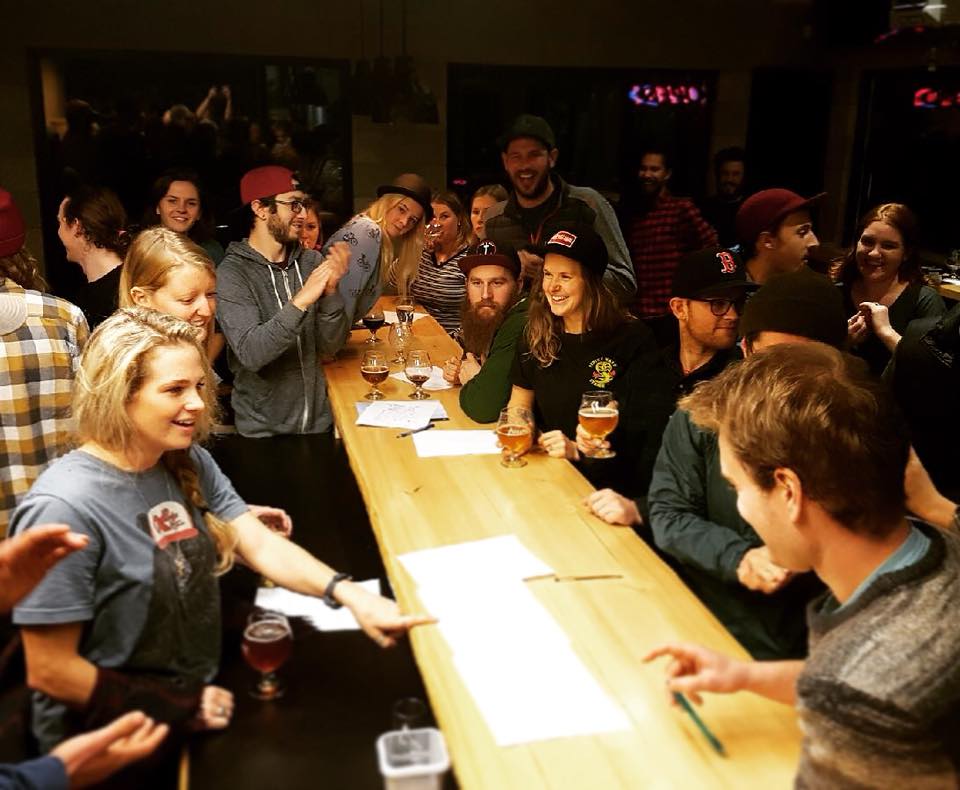 “Those businesses, in turn, support you,” says Jeff. “It is a really interesting way of doing it in a smaller town and that was really important to us.”

With only three craft breweries in Squamish, Jeff says there is a true sense of comradery among each of the businesses.

“We are working to show our sense of community and that we are doing things together. We want to host events together, we share the wins for each other, and push customers that are at A-Frame to head down the street. And the neighbours down the street are doing the same thing.”

Great beer was a given at A-Frame. Jeff and Caylin found a talented brewmaster and say they are proud of the creations that have come from the small, family-run brewery. It was the brand and the atmosphere that they were excited to develop. Recreating that cabin lifestyle within the walls of the brewery was the ultimate goal and one Jeff feels has been achieved.

“When Caylin and I think of our best times, it is always with our friends at a cabin. We wanted that experience to be expanded into the brand.” 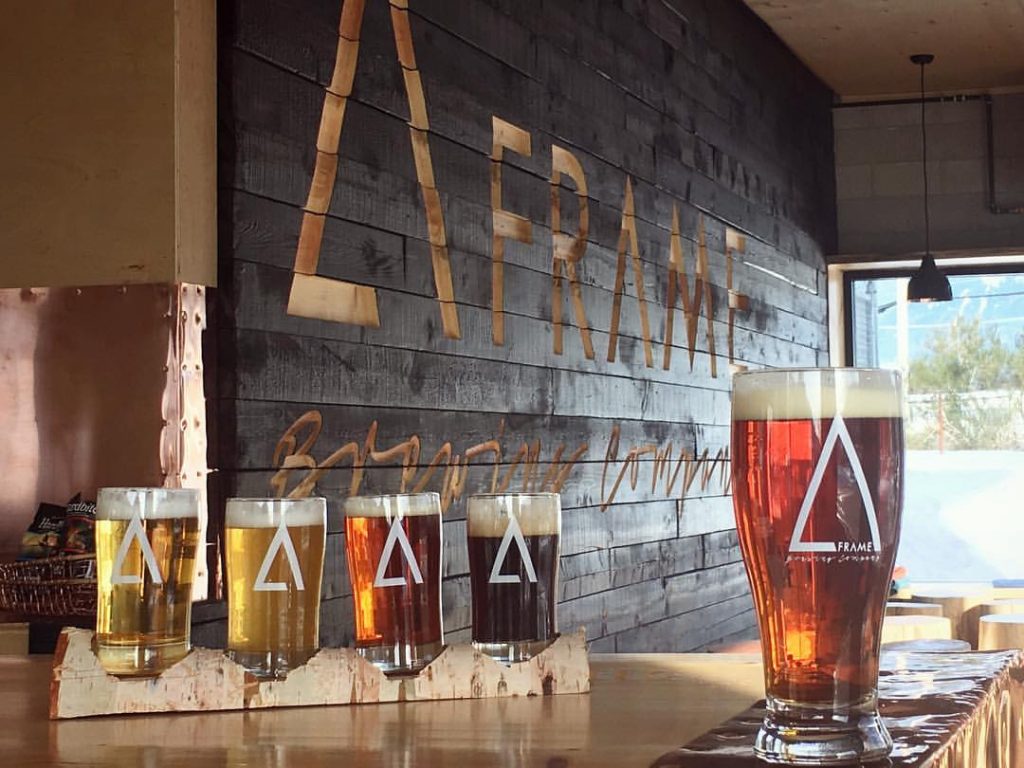 While there are obvious connections to cabin life, like naming beers after lakes, it is the feeling when you step in the door that Jeff hopes customers remember. They come in, sit down, grab a pint, watch their kids play, chat with the person next to them, and leave with new friends and a great experience.

There are a lot of moving parts to begin a new business and a lot of stress. Thanks to a committed and thoughtful GLBC employee, finding someone to create the packaging was one thing Jeff and Caylin were able to tick off their list. The relationship with GLBC is one Jeff speaks highly of and one he continues to value as the business has established itself.

Cheers to life at the lake at A-Frame.