Banded Peak brews adventurous beer for adventurous people, but there are arguably few adventures as wild as getting a brewery up and running. Much of the success of this Calgary-based outfit is probably due to the fact that the relationships between its founders as so solid and long-running.

“Alex [Horner] and I grew up on the same street,” says co-founder and Director of Marketing Colin McLean. “And Alex and Matthew [Berard] met in high school. Alex and I lived together after university and we got into home-brewing to save money—being new graduates,” he laughs.

But that “homebrewer-to-brewery-founder” pipeline is all too real—especially when somebody starts geeking out about the science of beer, which Alex did. A stint in a home-brewing co-workspace in Calgary’s Manchester Industrial laid the groundwork for something quite a bit more audacious.

“In 2014, we were falling out of love with our jobs in the oil and gas industry. Then Alex got laid off and we decided to get serious about the business. We submitted a business plan shortly after and to our relief and surprise, the bank handed us back our first draft of the business plan, said ‘all good’, and in 2015 we started construction.”

Banded Peak 1.0 was, as is often the case, was a small space to cram a brewing operation, taproom and offices into. And the challenge of getting a venture as complex as a brewery up and running was intense. 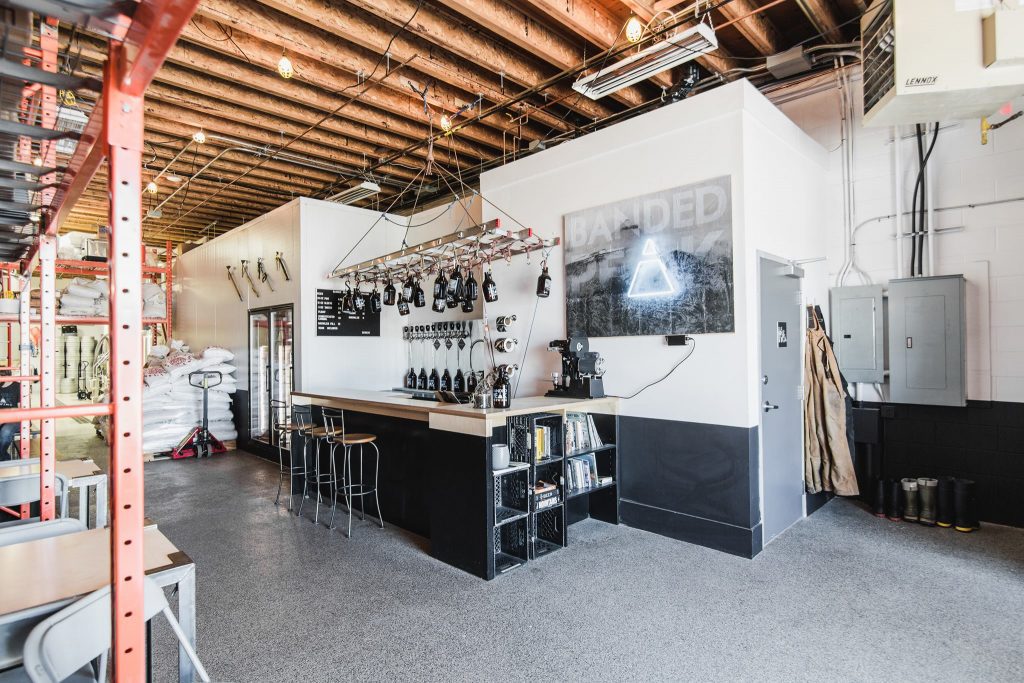 “Breweries are notoriously capital intensive, and our cash flow was limited. It’s an additional challenge when this is your first foray into a new industry. Whatever you think you’re going to need in terms of a budget…. well, you should probably double that, and double that again. It’s hard to know how much steel you’re going to need. Sometimes you have to build in the costs of throwing out a batch of beer to ensure quality. All of that costs a lot of money.”

But once beer sales got going in 2016, growth was brisk. And soon, the three friends decided to construct a concept that was relatively unknown in Calgary at the time: a production facility combined with a tasting room.

“When we first pitched the idea to the people in the city’s planning department, they looked at us like we had three heads. But eventually, they realized that this was something that was taking off in other cities.”

Banded Peak has always focused closely on retailing at liquor stores and in venues like the Scotiabank Saddledome —an iconic milestone for three Calgary-raised boys. Figuring out how to package their beer has been key to the success of that sales channel. As Banded Peak’s packaging partner, Great Little Box Company/Ideon Packaging (GLBC) has had the honour of participating in that effort.

“In 2018, we made our first folding carton with GLBC for our eight-pack mixer. The turnaround was great and so was the price point. An eight-pack is a really good size for attracting new customers who might be hesitant to commit to one style of beer. Eventually, we started making 12 packs as customers grew more comfortable with the brand. They make up an increasing amount of our volume. It is important to offer options for folks that are on different parts of their journey of craft beer love. A mixer for people that are just starting out and a 12-pack for your die-hard fans. 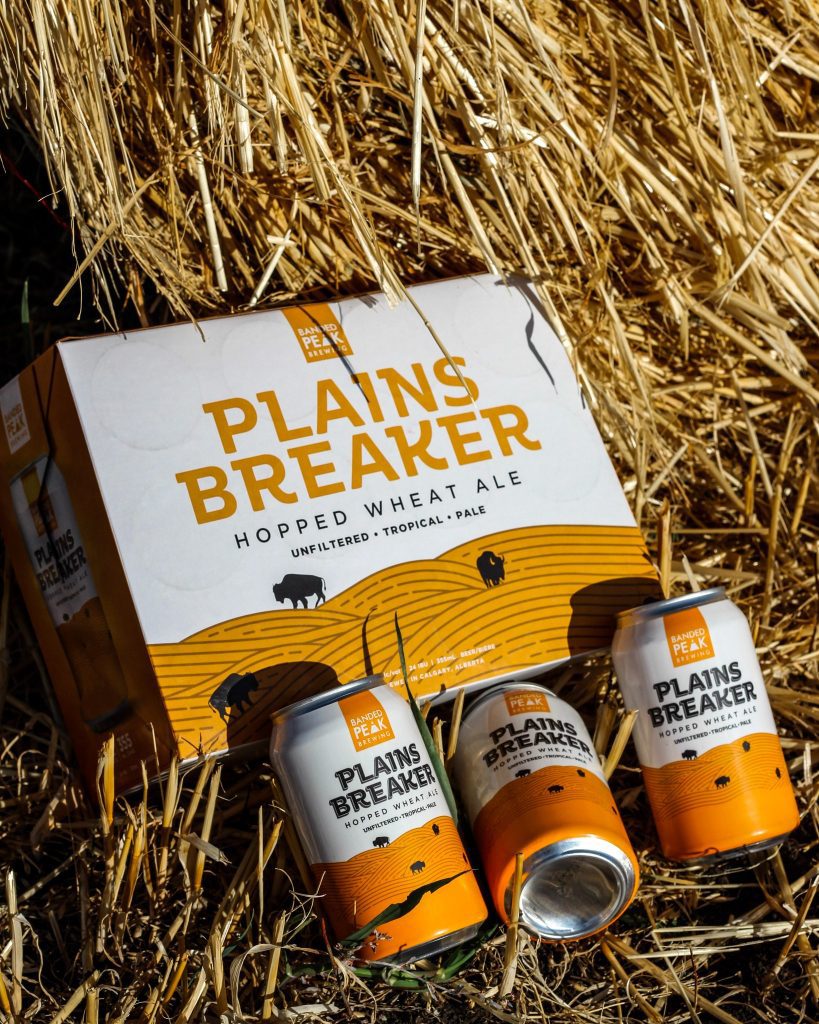 Thanks to their combination of savvy and pure passion for what they do, Banded Peak continues to grow at a tremendous rate. In fact, they nearly doubled their business this year.

“Yes, we are friends to this day. It doesn’t always work out that way. Of course, there are tensions when making certain big decisions, but we have always put a priority on being able to have a beer together afterwards. The fact that we’re in the beer business helps us keep that promise!”

Cheers to Banded Peak, long-running relationships, and partnerships built on trust (ours included)!